Your opinion about the school matters
What do you think?

Some fallas clubs take part in the Illumination Contest organized by the Junta Central Fallera (the main Fallas organization).

Hanging street illuminations during Fallas is a relatively recent activity and is not yet considered a tradition. That said, in 2010, the “Falla Cuba-Puerto Rico” club celebrated 50 years of decorating its streets with thousands of bulbs. All the bulbs are environmentally-friendly, low-energy LEDs.  😀

The streets of Valencia have always been illuminated to add to the holiday atmosphere during the festival, but competition between clubs led to the creation of this particular contest.

Over the last few years, the prize for the best illuminations has grown in importance. Consequently, the streets “belonging” to each fallas club are decked out in colourful lights and there are fallas which draw huge crowds to see their illuminations. These include the falla at “Sueca-Literato Azorin”, which has won the illuminations prize for the last 15 years and is visited by thousands of people every year who want to enjoy its incredible lights.

During the festival, and even some days before, the city streets are a sight not to be missed. Hundreds of lighting displays, in daring arrangements forming all kinds of colourful pictures and shapes, interweave and complement each other to give a multicoloured shine to every corner of Valencia.

So, if you can come to Valencia, it’s worth visiting a falla which has decorated its streets with beautiful lights. 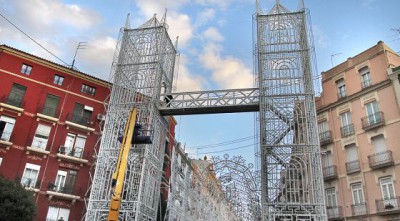 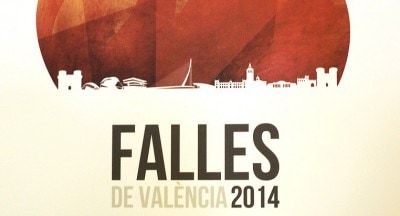