Your opinion about the school matters
What do you think?

May 1st is International Workers’ Day. In many countries the day is marked with large protest rallies and demonstrations by unions and independent workers at which passionate speeches are given about the working conditions of a specific group or in the country in general. In some countries, the official 1st May celebrations act as a “thermometer” to gauge the condition of the relationship between the unions and the government. But did you know that this day has its origins in an event in the labour history of North America, namely the Haymarket massacre?

On 1 May 1886, Albert Parsons, the head of the Chicago organisation the “Knights of Labour”, led a procession of 80,000 workers through the streets of Chicago to demand a reduction in the length of the working day to 8 hours. Over the following days, a further 350,000 workers across America joined the cause, leading to a national strike which affected more than a thousand factories. The workers unions caused great alarm among the industrialists and in the press, as they saw the demonstrations as the start of a “revolution”. 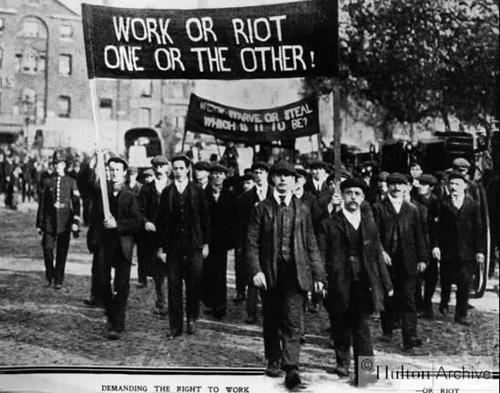 Anarchists and other political radicals believed that the demand for a reduction in daily working hours was a moderate request and, at first, did not want to get involved. However, the level of turnout Albert Parsons managed to draw to the protest convinced the anarchists to join the movement. On 3 May August Spies, the editor of a workers’ newspaper, gave speeches to 6,000 workers. The group of strikers approached a nearby factory, the McCormick plant, to demonstrate. The police soon arrived, opened fire, and killed at least one striker, wounding many others.